The Lok Sabha, also known as the Lower House, is the “House of the People”. It comprises 543 members who are elected from the (parliamentary) constituencies and two members of Anglo-Indian community who are nominated by the President of India. The citizens of India directly elect the 543 members exercising the universal adult franchise. All the Indian citizens, who are aged 18 years and above, irrespective of their gender, caste, religion or race, are eligible to vote to elect their representatives to the Parliament. The requirement for being elected in the Lok Sabha is that the person must be a citizen of India, should be mentally sound and should not be bankrupt and criminally convicted. The minimum age for membership of the Lok Sabha is 25 years. Out of the 543 parliamentary constituencies, 131 seats belong to the reserved category, 84 seats are reserved for the people belonging to Scheduled Casts (SC) and 47 seats are reserved for Scheduled Tribes (ST) categories. 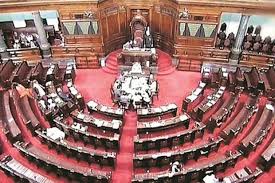 The building was designed by two famous architects— Sir Edwin Lutyens and Sir Herbert Baker—who were responsible for the planning and construction of New Delhi.

The Foundation Stone of Parliament House was laid on the 12th February, 1921 by H.R.H. The Duke of Connaught. The construction of the building took six years and the opening ceremony was performed on the 18th January, 1927 by the then Governor-General of India, Lord Irwin. The cost of construction was Rs. 83 lakhs.The building has twelve gates among which Gate No. 1 on the Sansad Marg is the main gate.

Top 10 Facts about the Indian Parliament

1. The Parliament of India is circular which represents “Continuity”
2. Lok Sabha and Rajya Sabha are horse shoe in shape.
3. Lok Sabha carpet is green in color which represents that India is an Agriculture land and the people here are elected from grass root level, Rajya Sabha carpet is red in color which denotes royalty and also tells about the sacrifice done by the freedom fighters.
4. The library in the Indian Parliament is the second largest in India.
5. Circumference of Parliament is 1/3rd of a mile i.e. 536.33m
6. The first hour (i.e. between 11 to 12 noon) is known as the Question Hour. During this MPs put forward questions about the policies, government and different bills.
7. Around 12 noon MPs can discuss any important topic with prior notice to the Speaker. This is known as Zero Hour.
8. President's office is in Room number 13 of Parliament ( 13 no. is not so unlucky in this case).
9. Parliament canteen is the cheapest in the country with 3 course veg meal in 61 Rs and Chicken Biryani for Rs. 51 (Highest amount in the list)
10. Voting in Parliament is done electronically for the questions asked, amendments, new bills etc. There is a voting console, a system with colored buttons, green for a Yes, Red for No and Yellow for abstain.