When you are playing any game, it is really important that you will know each and every single detail about them. This helps you to protect yourself from any hurdles. Here are some terms which are related to boxing gears and equipment:

When you initially start boxing so usually just a simple strip of cloth that is wound around the hand and wrist of the boxer, but the wrist wrap is very important as it helps to secure the bones and keep the joints in alignment. Wrapped around the wrist, palm and the base of the thumb several times, the wrist or hand wrap also allows the boxer to hit harder while feeling less pain from the impact of punching the opponent. Another variation of the cloth wrist wrap is a fingerless glove that is worn inside and underneath the boxing gloves, which is more convenient as it doesn’t require as much time to wind around the hand and wrist. This is the basic need from the safety point of view. So whenever you are play a boxing match please wrap-up your wrist.

When you are practicing or playing a match please don’t wear normal gloves. Boxing gloves are different from normal gloves, as they are heavily padded. Worn by boxers during a match or while training, these boxing gloves provide protection for you as the boxer, as most hand injuries are caused by the force of punching. Training gloves and competition gloves can sometimes differ, depending on competition regulations. For instance, boxers have to agree on the weight as well as the brand of the gloves to be used during the competition, as lighter gloves have traditionally been more useful for throwing punches that inflict more damage. Boxing gloves used in amateur boxing are usually red or blue, with a white scoring area to help judges see the punches better. These can range from 230 grams to 460 grams. So always remember this point whenever you are playing a boxing match.

In boxing allows blows above the belt, some of the punches will inevitably be aimed towards the head and face of the opponent. So for safety point of view, this is really important.  Hence, a mouth guard is very important as it protects the mouth and teeth of a boxer from any serious injury caused by a high impact blow. The mouth guard also supports the jaw and decreases the possibility of a knockdown by the opponent. Please wear a mouth guard during the match. A mouth guard is also known as a gum shield or mouthpiece. Locking the top and bottom jaws together, the mouthpiece protects the boxer from cutting their mouth and cheeks with their teeth when they are hit in the face.

Boxers are required to wear shoes with soft soles in order to prevent injuries when accidentally stepping on their opponents during a round. These shoes are usually high cut, to provide more support for the ankles and make you more comfortable. However, low cut shoes are sometimes favored by boxers who need better mobility and speed during the round. 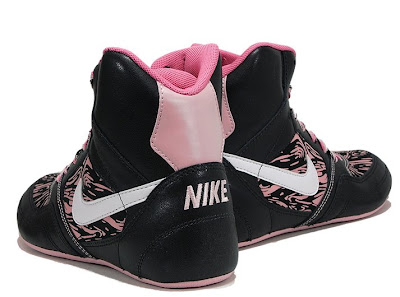 Bags are used to help boxers build up punching techniques, power, coordination and timing in place of an opponent. When you talk about the bags, then you can practice on a different type of bags for an example-heavy bag, speed bag, double end bag, maize bag, pedestal bag, body opponent bag are some out of them.

Boxing ring is the main thing when you talk about boxing. It is used in sparring practice fights between two boxers.

This is also one of the most important things for safety. It is worn by a trainer as a means of protection, focus mitts are used to allow the boxer to practice punching and combinations by hitting the palms of their trainer’s hands.

Used in training as well as amateur and Olympic competition, headgear protects the boxer’s head from bruising caused by light punches. Contrary to popular opinion, however, headgear is not substantial enough to protect the boxer from powerful punches, knockdowns, and knockouts. Unlike headgear used in competitive fights, training headgear covers the boxer’s cheeks, providing extra protection against punches to the face.

It is used to improve your fitness, agility, and footwork; boxers use a jump rope for skipping exercises.

It is also known as an exercise ball. It used in plyometric training, the medicine ball is dropped on the boxer to simulate a punch, acting to improve the strength of their abdominal muscles. Medicine balls may also be thrown between two boxers to build up power and strength.

Used in shadowboxing, the mirror allows the boxer to observe their technique in order that they may identify areas of weakness to be worked on during training.

These are some simple but very useful equipment’s which take a really important place in boxing.

Rules And Regulation Of Boxing

How To Play Boxing